“Like running my fingers through her long hair, lightin’ watermelon candles upstairs – lettin’ them burn and holdin’ her all night – I like doin’ what she likes.” Doin’ What She Likes – Blake Shelton

(July 18, 2015) That song is sacred to this particular part of the journey for two reasons: 1.) Miriam and I listened to this song many times while driving through Wyoming into Colorado and 2.) Blake Shelton was playing in Cheyenne when we drove through it.

After our wonderful visit in Pinedale, we drove through Wyoming catching all that was popping up and gazing into open blue skies with hanging clouds. 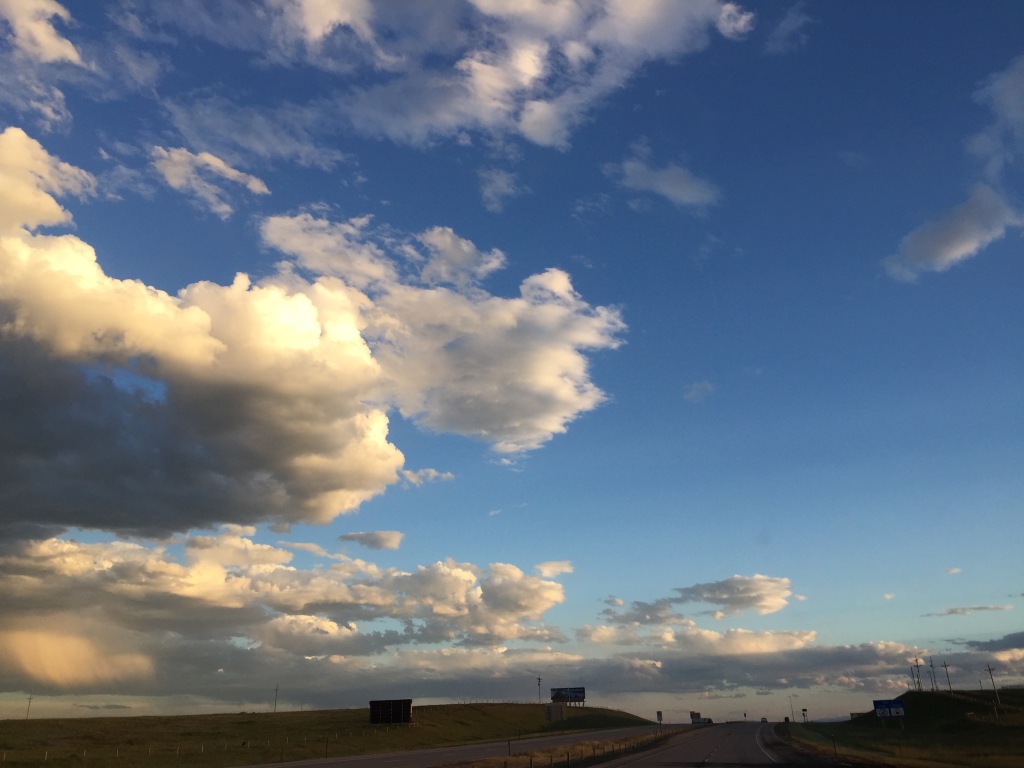 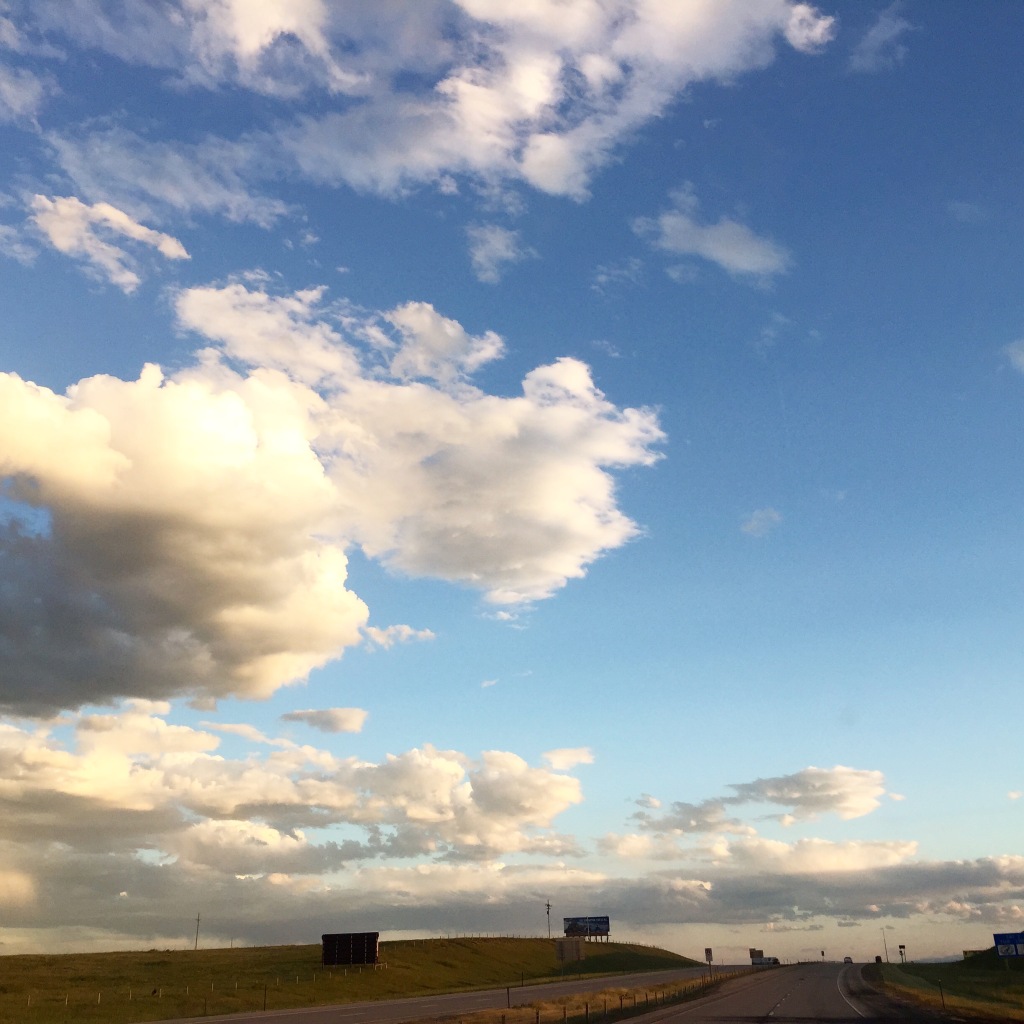 One of the most exciting and fascinating things to me is graffiti on trains. There is a persona and art behind these tags that intrigue me and send my imagination into overdrive. I ask myself “Who tagged that train?” “What does that mean to them?”

This one, as you can see, took a while. It looks really good. Graffiti may be vandalism, but it’s also art. That’s my opinion.

Driving into Cheyenne we were looking for a place to rest our weary bones. I called hotel after hotel only to experience the Mary and Joseph Effect (no room at the inn). For a last attempt I called a Days Inn. They wanted $300 for one night’s stay. At that point I had to know what the big deal was in Cheyenne. The man told me that they were having their annual rodeo or rather their “Frontier Days”. Also, on that particular night, Blake Shelton was holding a concert in the city (going back to the second reason for that song 😉 These were the reasons for such high hotel prices. We decided to try our luck in Denver Colorado, but not before seeing some cowboys 🙂 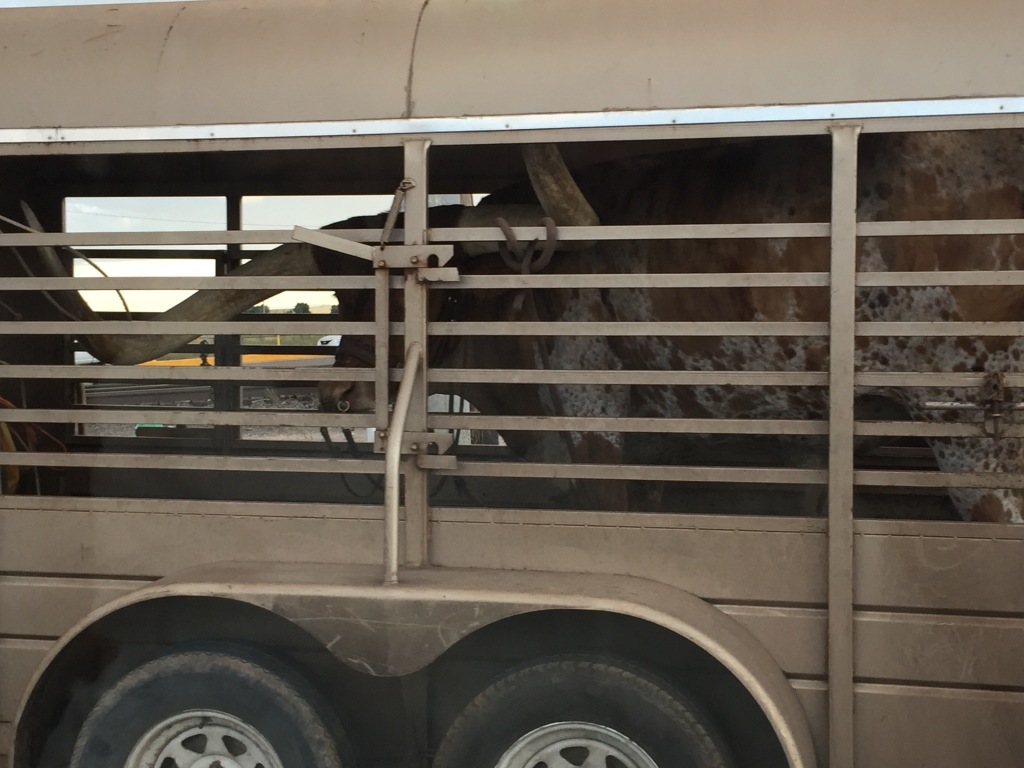 You can’t see it from the picture, but this poor thing was scared to pieces. You could see it in his eyes. He was very afraid. I believe in that moment it was hard for me to be happy for their events as I knew this guy wasn’t having a good time. 😥

We didn’t get to explore Denver like we wanted. We were still on a time crunch so we rolled into a Renaissance Hotel.

I never stayed in one of these hotels but it was pretty cool.

Overall this part of the journey wasn’t super interesting but seeing the graffiti art was really awesome, however the very sad Longhorn was not. My heart still hurts for him.