“Summertime and the living’s easy and Bradley’s on the microphone with Ras m.g. All the people in the dance will agree that we’re well qualified to represent the LBC” Doin’ Time – Sublime

It’s no wonder that Mason Lake in Washington is FILLED with people utilizing it’s vast body of fun and swimming potential. When I was first invited to go by my cousin Chris, I was a bit hesitant. I wondered what would be in the lake and how the water was. So far, my experience in bodies of water (other than the ocean) have me searching for snakes and jellyfish like crazy. In NC our rivers and lakes have snakes, jellyfish and even alligators (depending on where you are). Well, even though I was skeptical I couldn’t pass it up. For whatever reason, being in Washington definitely has brought me out of my shell a bit and I appreciated the invitation. 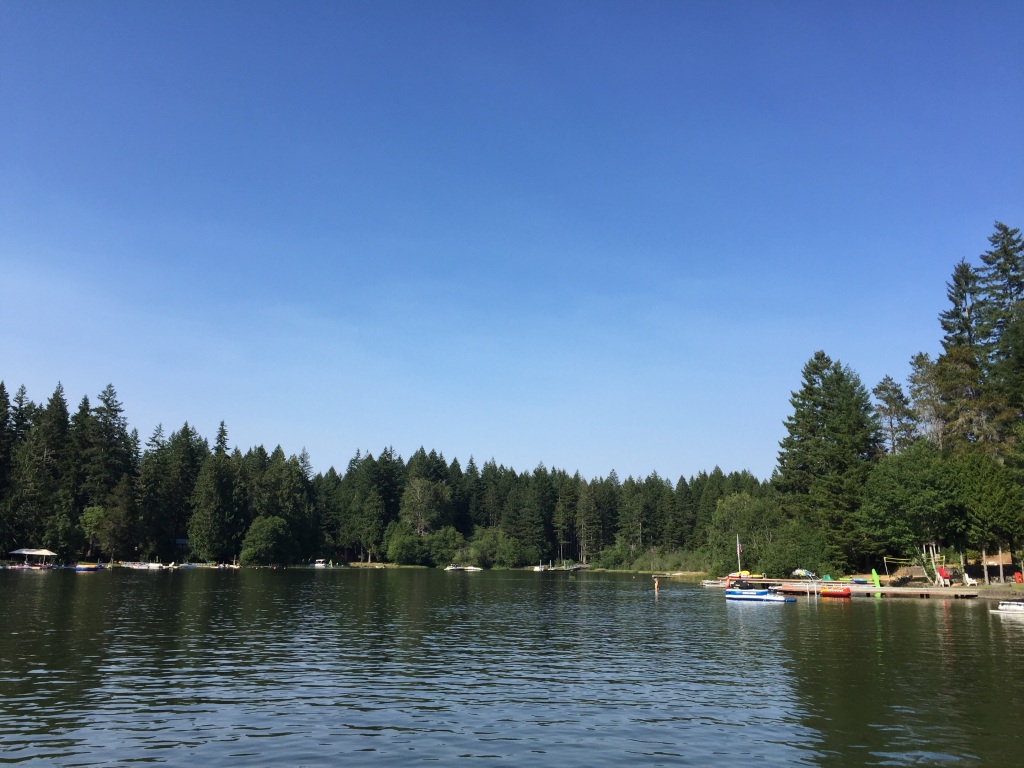 I drove to Olympia to Chris and Brooke’s house. We loaded up the truck and his cool little motor boat (that goes pretty fast for a 70’s model) and hit the road for a 30/40 minute trip to Mason Lake. Apparently it’s pretty popular from what I was told and it REALLY was. There were boats EVERYWHERE. People were swimming like crazy. I was kind of blown away by how many people were utilizing this lake. I’ve never seen so many people in a body of water at one time like this. Well, I found out that there are no jellyfish or snakes in these lakes! They’re freshwater and don’t have those creepy little things floating in them. So why wouldn’t you be in it having the best time of your life? It’s also QUITE warm, unlike Wynoochee Dam.

This lake trip wasn’t just about swimming. It was also about TUBING! 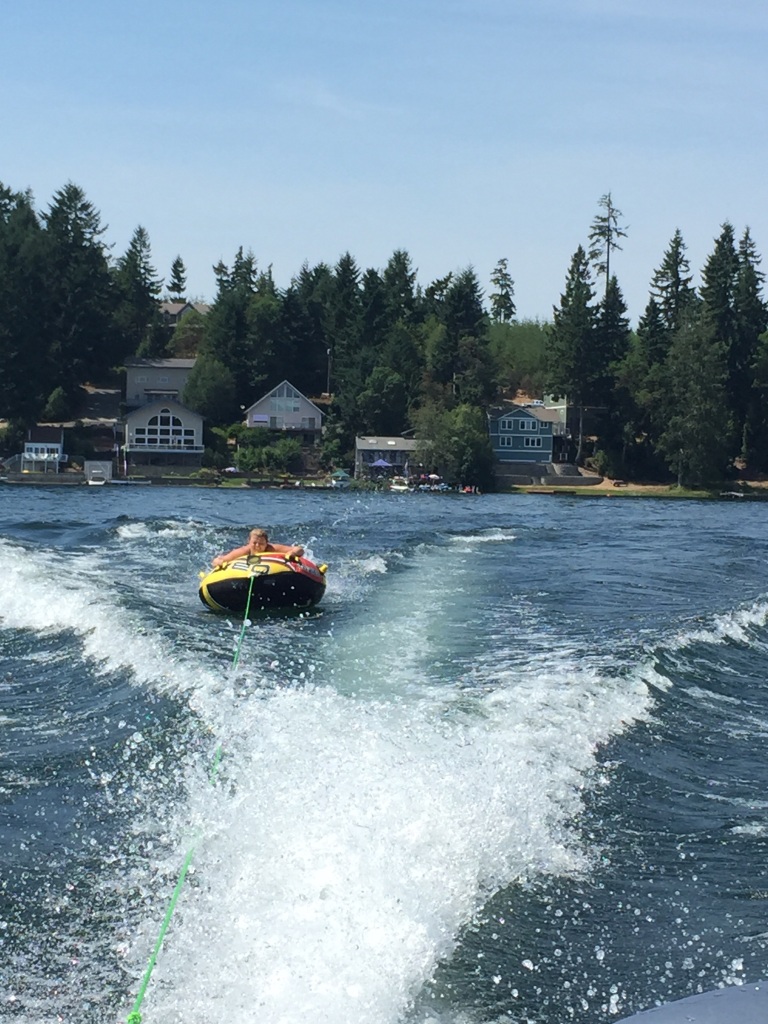 No, that’s not me. It’s Brooke. LOL I fell off pretty quickly. It was a little hard to keep myself on the tube. But it was fun while it lasted!! Hahaha I did get in the water and swam for a while and then got back in and chilled out. We had such a blast! 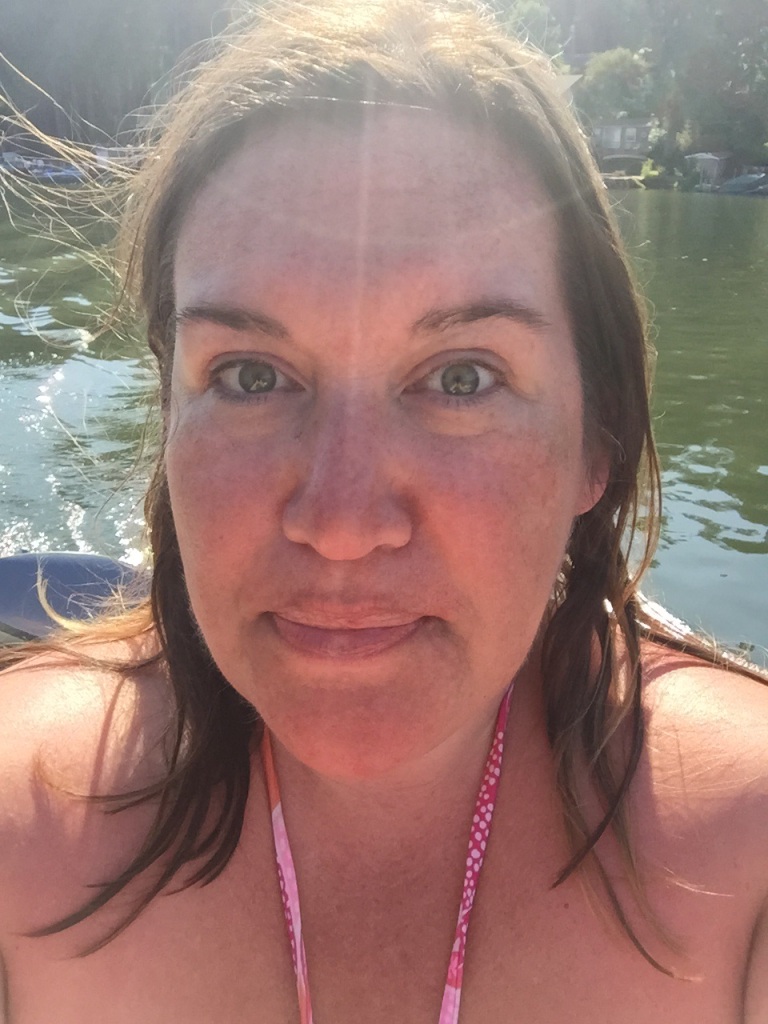 We ate an awesome lunch of sandwiches and swam some more, but as all good things do come to an end we headed back to the dock. On the way I noticed a FINE home that looked pretty sweet!

A lot of the houses are nice like this but for whatever reason this one stood out to me the most. It looks like everything you would think a lake house would look like. I also noticed that all the homes in Washington are not brick. Apparently it’s kind of expensive to have a brick home and it’s not as easily accessible as it is on the east coast. But this home would have done just fine for me 😉

It was incredibly nice of Chris and Brooke to invite me on their adventure. I had a wonderful time with them as well as Chris’s son Jordan. Chris really went out of his way to make sure I was having a good time and I did just that. I’ve gotta find something equally as cool for them to do when they come out to visit! But what?