“I love you when you’re singing that song and I got a lump in my throat cause you’re gonna sing the words wrong.” Riptide – MisterWives

After the Big Cedar tree we stopped to have some sandwiches we packed in the amazing Yeti cooler! It has really come in handy throughout our travels. We wouldn’t have been able to financially do a lot of what we have done if we didn’t have that cooler to pack food in. So, big props to Yeti.

Our next stop was very unexpected to me because I didn’t know where we would be. To my surprise it was at a BEACH, “Ruby Beach” to be exact. 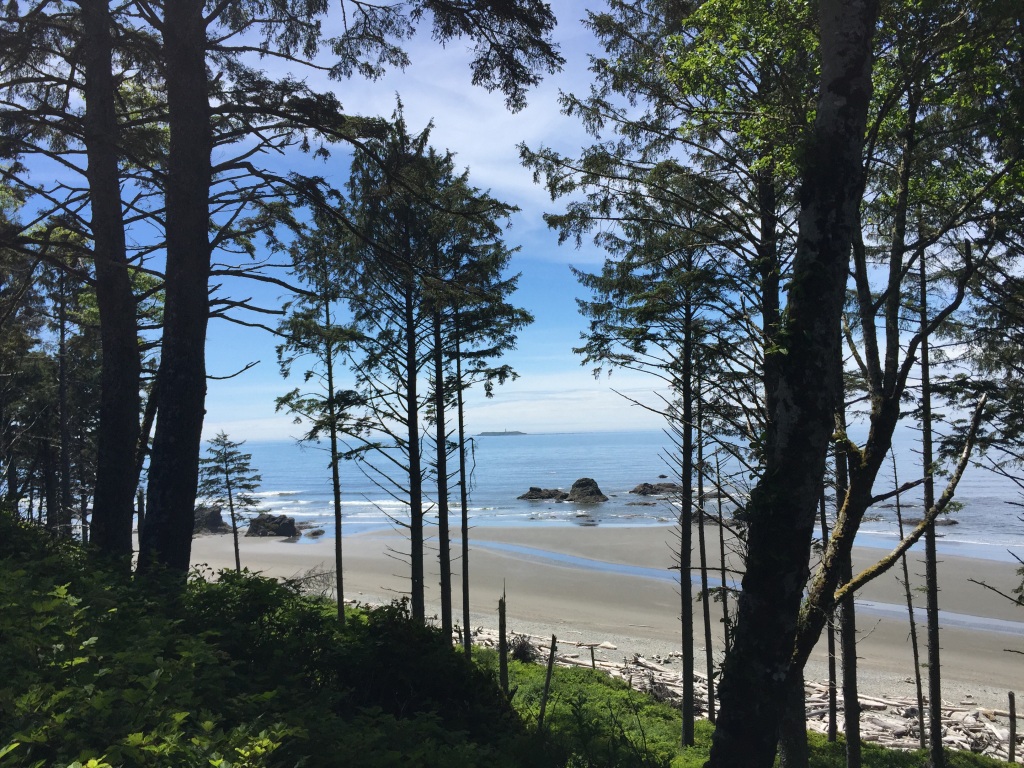 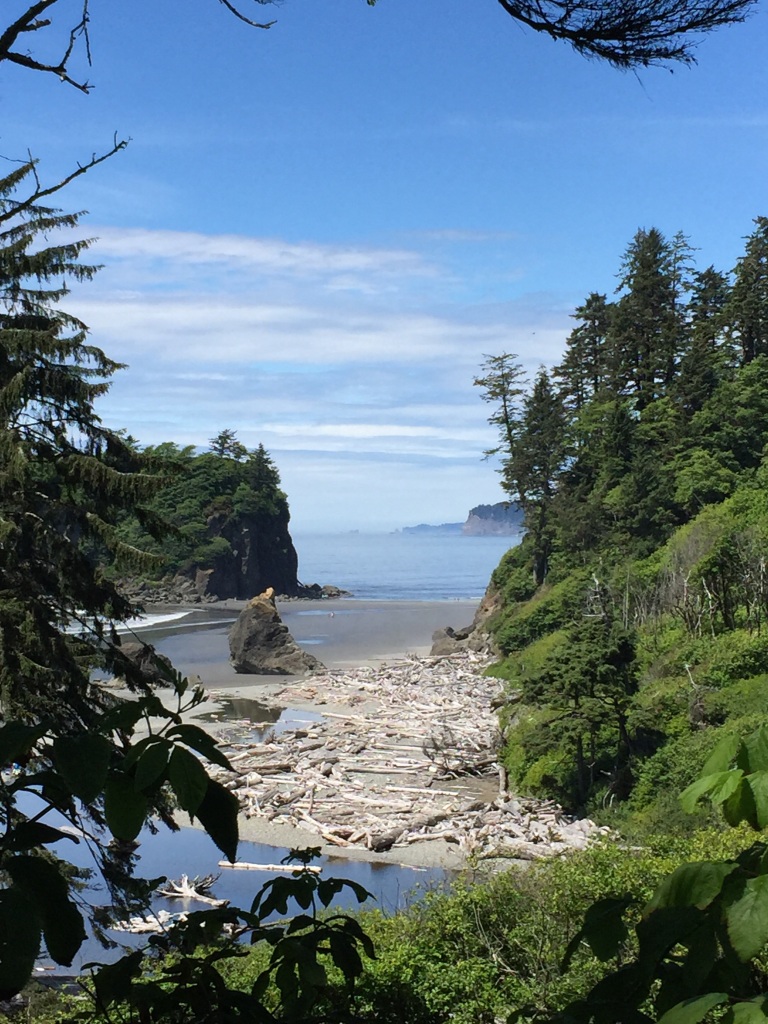 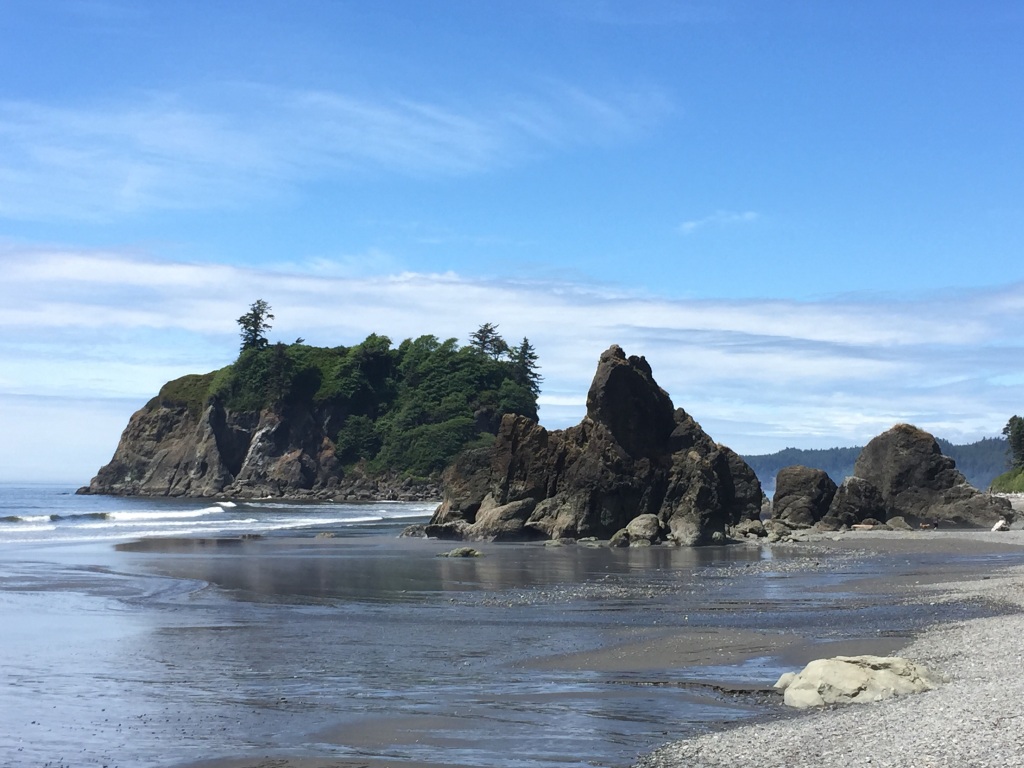 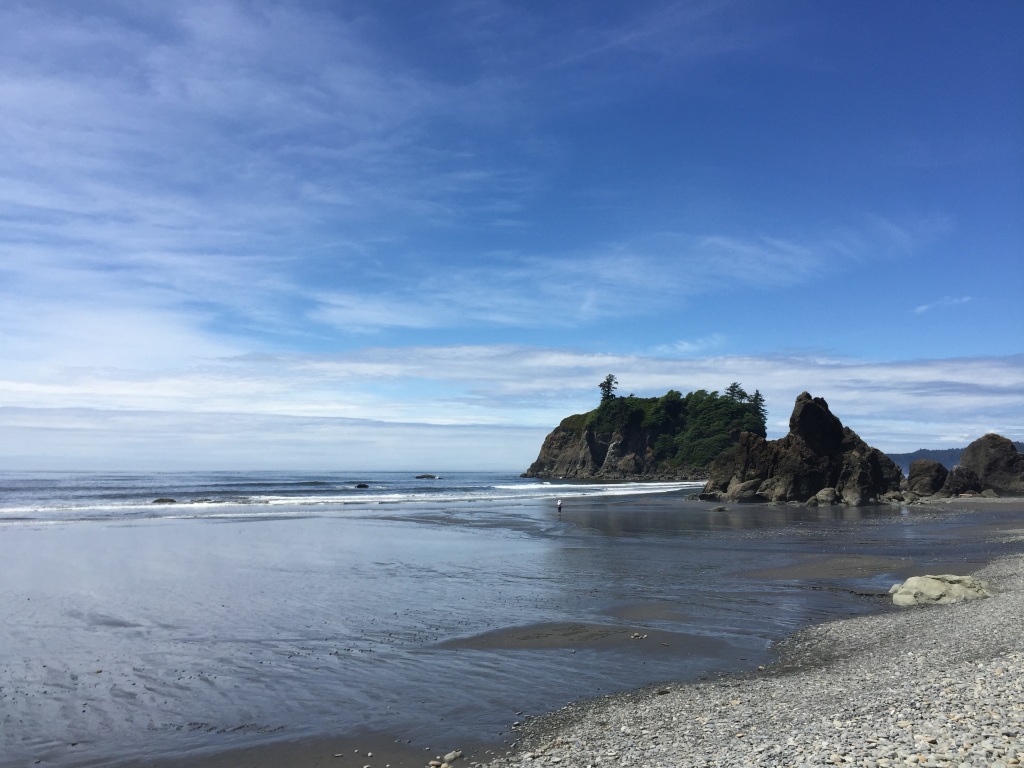 The beach is beautiful and so very different from our beaches in NC. There’s no sand, only rocks and pebbles that range from large to small. 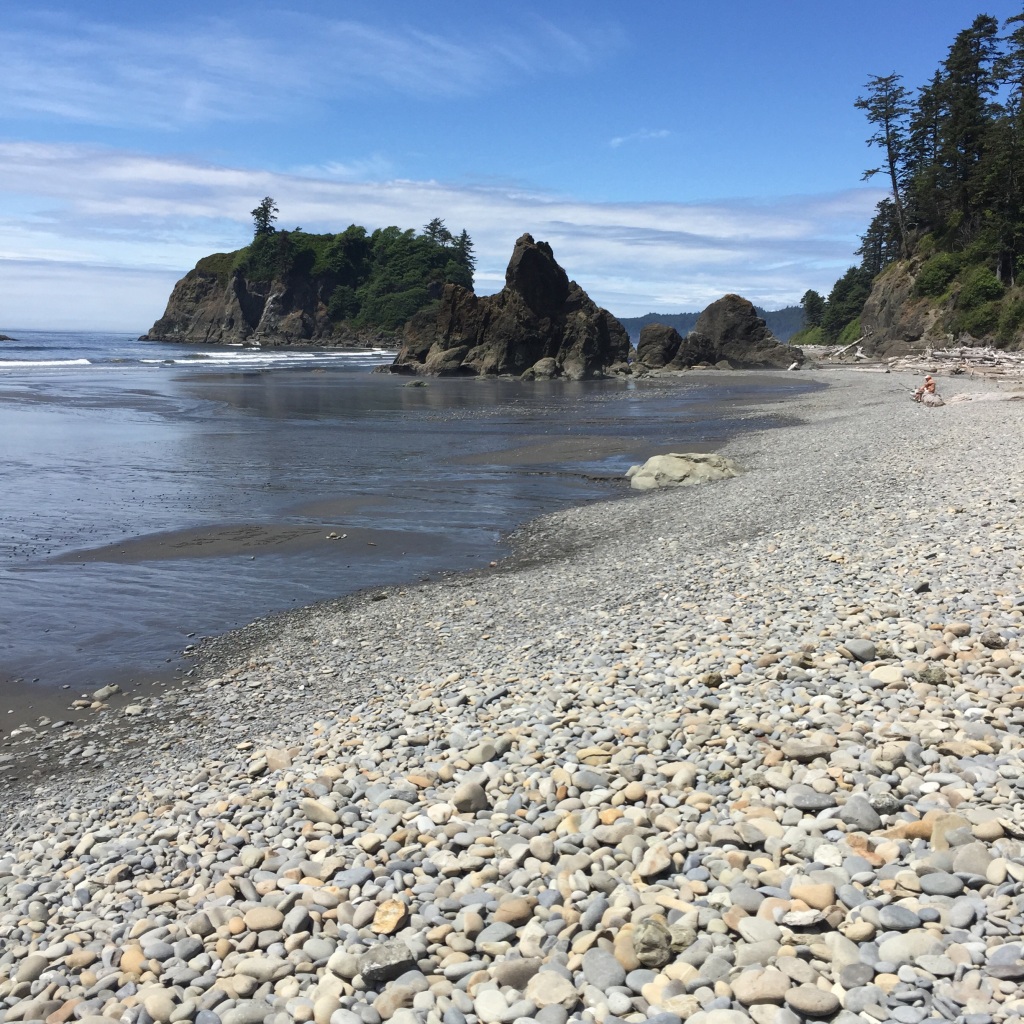 Check this guy out. He must be a photographer from National Geographic! I should have asked for his autograph. 😉 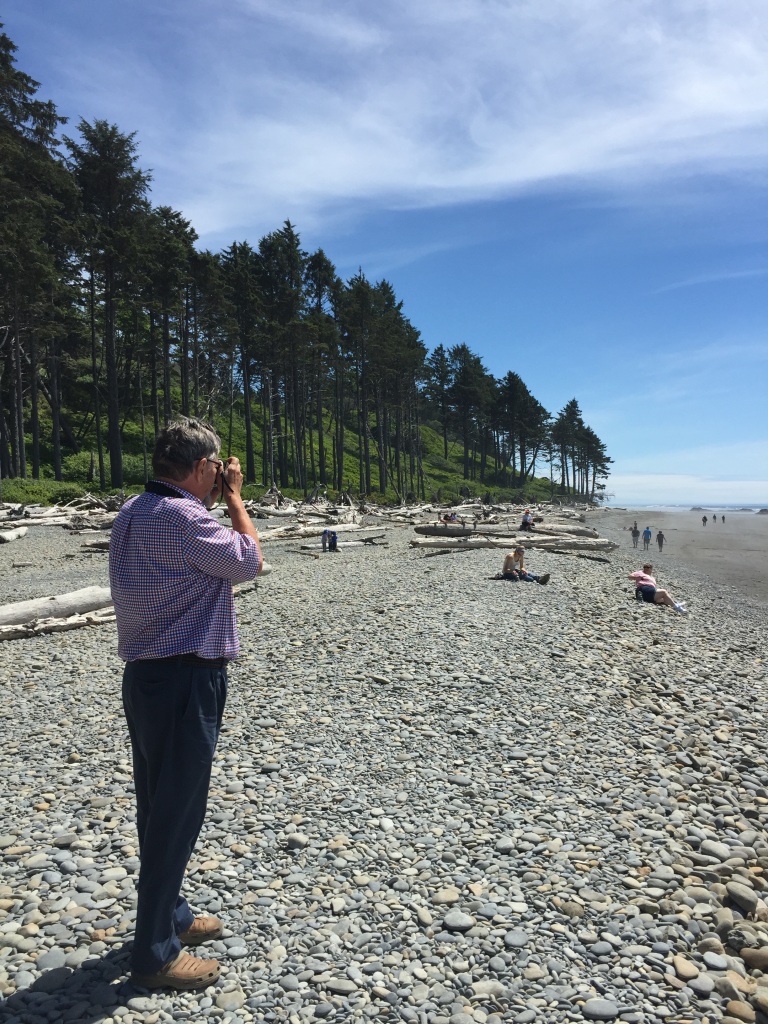 Ruby Beach, as you can see is quite stunning and just very beautiful. I think some of the beauty comes from the big rock formations next to the beach and that visual makes it so interesting to look at. In NC and on the east coast, you don’t have these huge rocks next the beaches to make it interesting but you have the warmth of the water to swim in and the nice warm sand between your toes. Overall the beaches along the west coast are breathtaking and definitely possess a character of their own.

After Ruby Beach we continued north. We came into Forks, WA. Now, for those of you unfamiliar with this place, the Twilight Series kind of put this place on the map. The fantasy romance novels were based in Forks Washington. The movies, on the other hand, were not filmed entirely in this town. There was a scene filmed in Forks and another scene filmed at “La Push” which is a beach just north of Forks. Other than these two sites, I believe most of the movies were filmed in Canada. Well, that did NOT stop Forks from capitalizing on whatever they could from the movie. 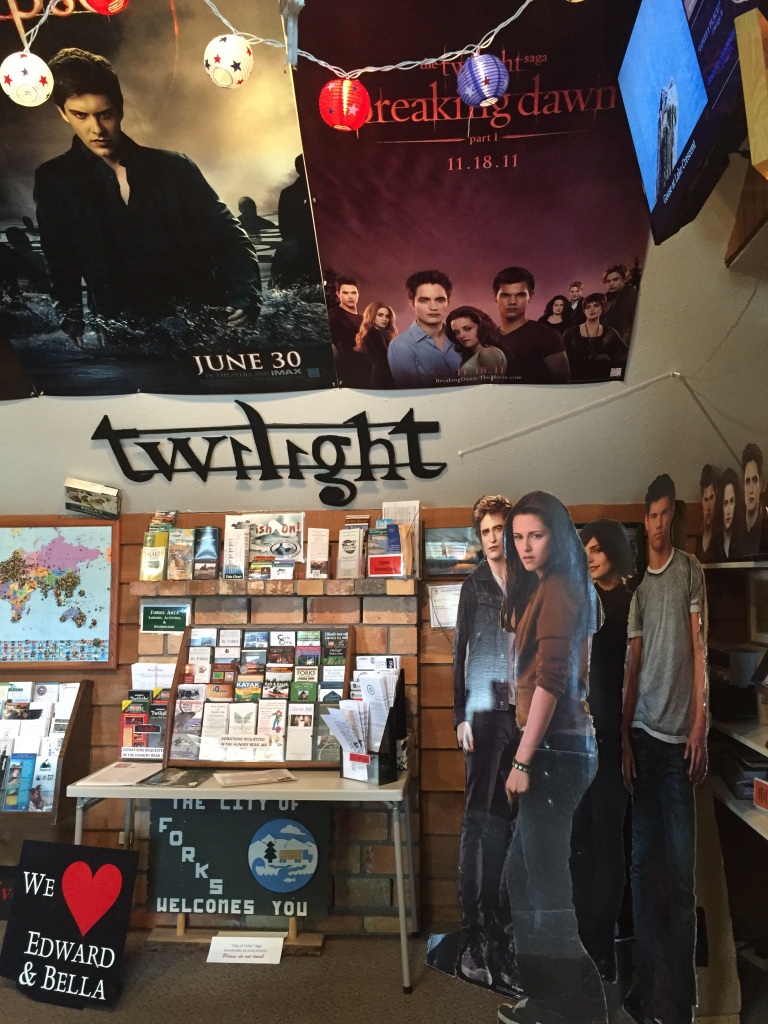 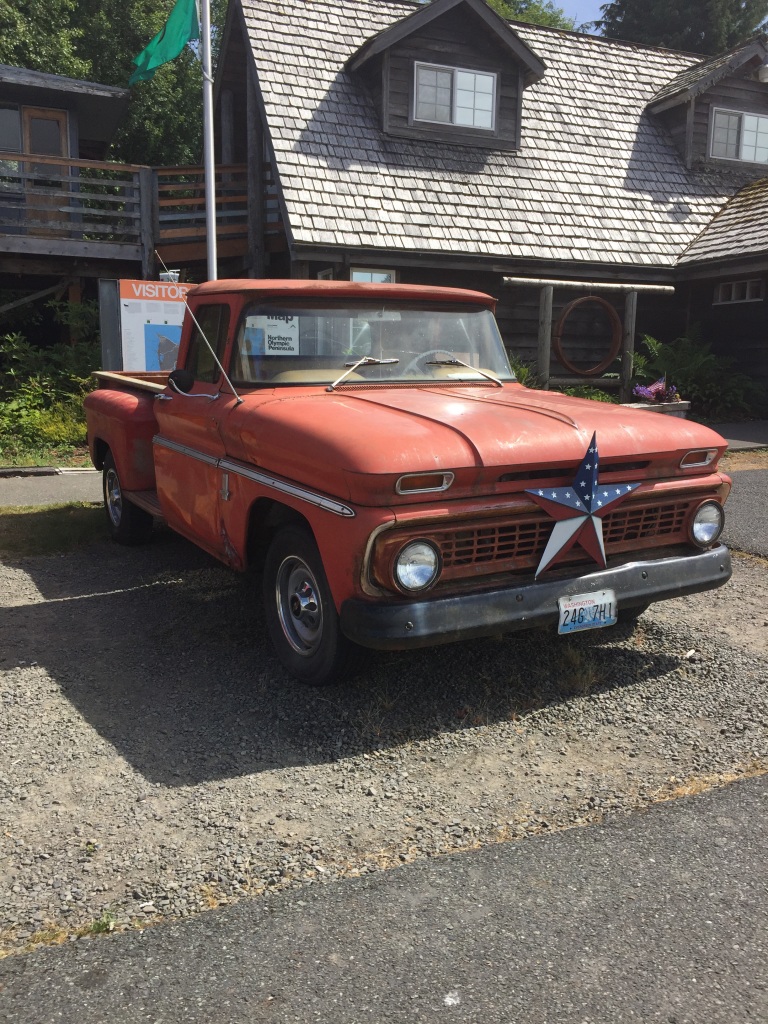 These pictures were taken at the visitors center. I didn’t make any images of the town because there were no images to make. It’s just a tiny little town that you drive through to get to your next destination. It’s one road and the entire town is branded with all sorts of shops named all things, “Twilight”. So they would have shops named something like “Twilight Hair Designs”, “Bella’s Beauty Shop” or “Vampire Lounge”. These are not exact names of their shops, however you get the idea. Though I WILL say that they have a spectacular 4th of July schedule of festivities lined up for our day of Independence! We were planning on attending this because we would be camping at the Clearwater, but unfortunately we never went camping due to forest fires 😦 Now I know some of you are thinking, “Yeah right! I bet you were glad to get outta that one!” But I was kind of disappointed that I didn’t get the opportunity to experience it for the first time in agreeable weather. I can’t imagine camping in NC which is why I never did it.

At some point on this vacation I always think I have seen all there is to see in terms of beauty. I think, “That’s it. There’s not going to be anything else more beautiful than what I’ve seen. I’m completely satisfied; I’ve seen it all.” But then there’s ALWAYS something EVEN MORE magnificent around the corner. In this case it was, “Crescent Lake“. 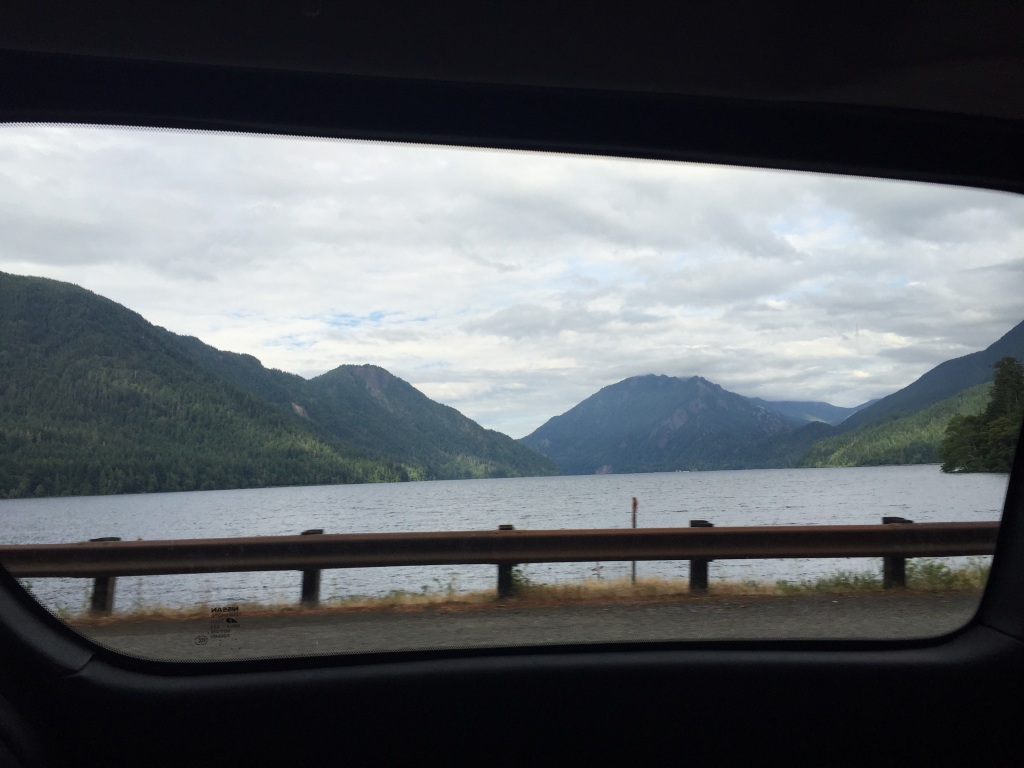 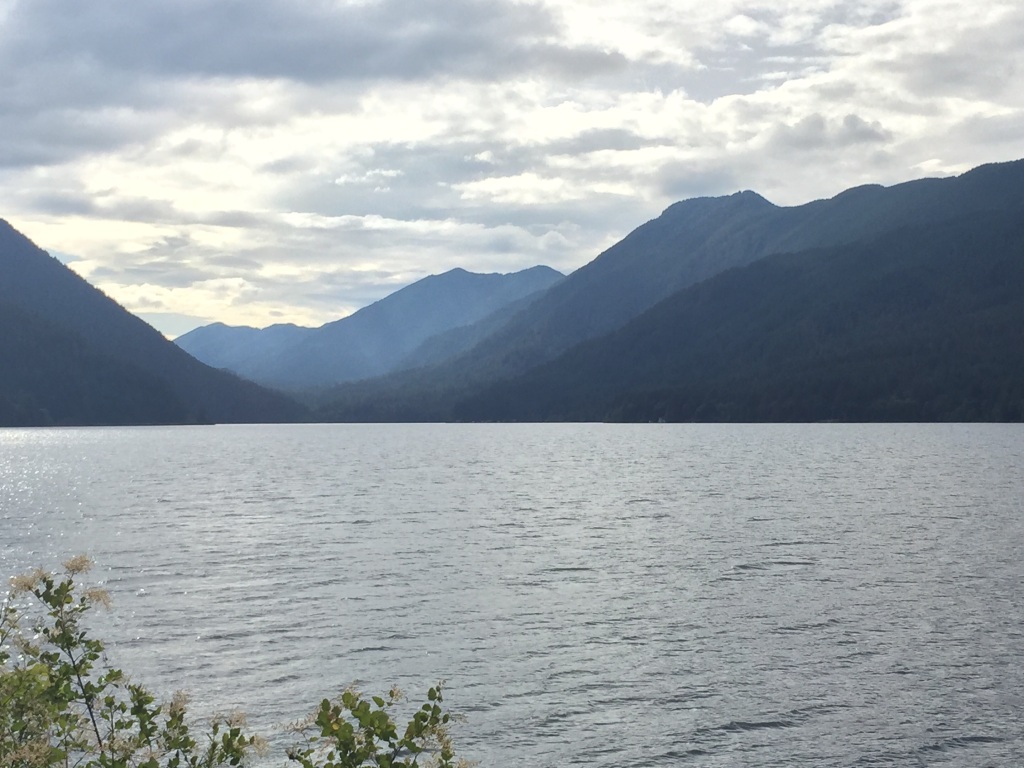 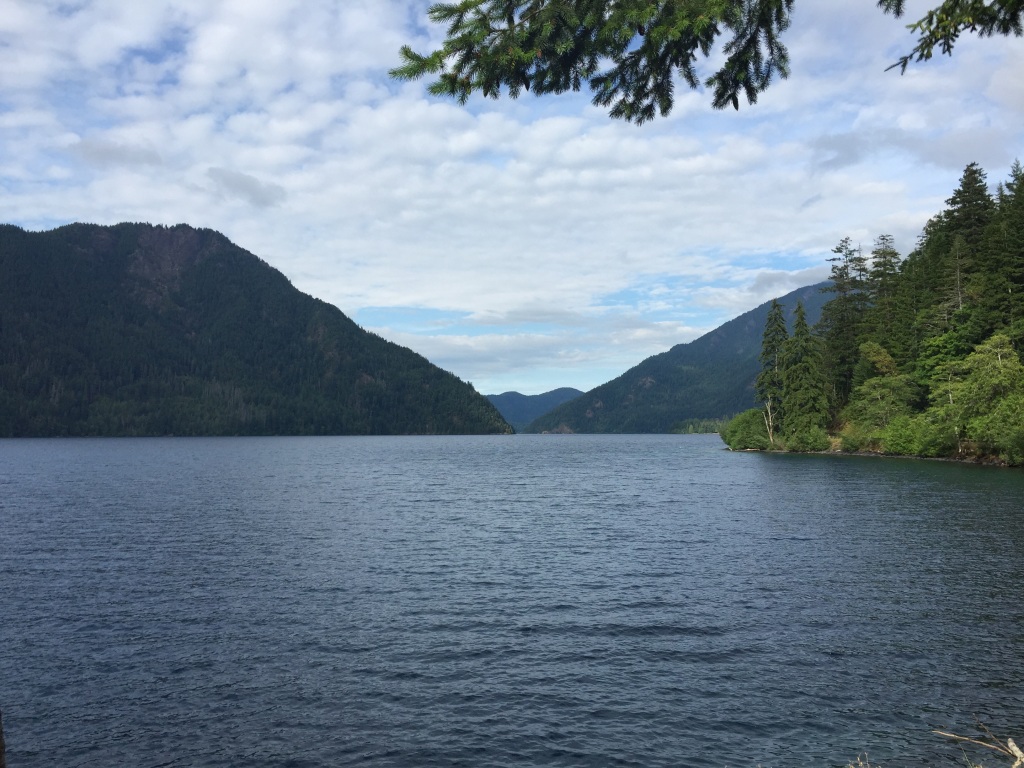 Now, I would like to let you know that sometimes I have to put myself in compromising positions to get really great shots; walking down rough terrain into dangerous positions, climbing up rocks and almost falling or stepping out onto a ledge 3,000 ft above ground level, forgoing all my fears of heights just to get that one good shot. Crescent Lake was no different. There were no pull-offs where you could safely get a picture. We did find a pull-off that I had to walk about 50 yards away from to get a good image. So I had to step over the railing on the side of the road to get the images. I was not ON the road by any means. I was about 6 ft. from the road. For WHATEVER reason, 3 cars came by me and BEEPED their horns obnoxiously! Why? I was not on the road so there was no fear of them hitting me and to further justify that, there was a rail blocking them and myself. I’m still quite puzzled by this. My thought was, “Are you they beeping because they think I’m going to jump off the ledge?” Well beeping certainly wouldn’t help my staying on it! Anyway, if anyone has any ideas, please leave them in the comments below. It’s been bugging me for a long time. LOL