“I enjoy stealing. It’s just as simple as that. Well, it’s just a simple fact. When I want something, and I don’t want to pay for it.” Been Caught Stealing – Jane’s Addiction

There’s a restaurant here in the interesting town of Aberdeen called, “Billy’s”. It’s actually quite nice and definitely up my alley for places to frequent and get a bite to eat. It has that old antique feeling and that’s probably why I like it? The only odd part about it is the restaurant is named after a man named, “Billy Gohl” of whom was a serial killer up until he was captured in or around 1910. I spoke with a lovely waitress at the restaurant who told me quite a bit.

The building this restaurant is in, used to be a brothel back in the 1800’s and early 1900’s (as evident by the logo). The bottom portion houses the restaurant and the top portion acts as a storage unit. You can see through all the windows upstairs and can make out the vague sillouhettes of mannequin’s wearing feather boa’s and lingerie. 😉 Notice the Leg Lamp in the top window. You know, the one from A Christmas Story? Too funny.

Apparently the restaurant is haunted. Yes that’s right, haunted. A woman and a small boy occupy both the downstairs portion of the building AND the upstairs. It is said that the woman was one of the prostitutes that lived there back in the late 1800’s.

I spoke with a lovely waitress at the restaurant who told me some interesting ghost stories:

One afternoon she (the waitress) was rolling silverware. To the far right of her sat a large water pitcher that held – to the brim, many wine corks the bar had collected. All of a sudden several of the wine corks floated into the air and started twisting around themselves and then all of a sudden they fell back into the pitcher.

On a separate occasion she was talking to the cook. In the middle of their conversation two spoons from one of the tables floated into the air, spun around each other and immediately – just like the wine corks, fell back to the table. She said to the cook, “You saw that right? That wasn’t my imagination?” He said, “Yes, I definitely saw that.”

The same waitress, along with two others said that there are a number of occasions where they will be doing their work and a coffee cup will just fly across the room and *Wham* smack up against the wall and shatter. There is also the thudding of feet heard above the bar. They say it sounds like a little kid running back and forth. That’s a little creepy.

You have to admit the stories are pretty wild. I myself am not a believer of ghosts but I do believe in evil spirits/demons or what have you. I was really curious about this whole thing  and found it quite entertaining.

Which all brings me to Billy Gohl. Well, this is how the story goes:

Billy Gohl was a union worker and had a place not far from this restaurant. It was said that he frequented this specific brothel regularly. Sailors would come into the union building when they would arrive in Grays Harbor (Aberdeen ) and would pick up their mail or leave their belongings there while they went out. It was said that Billy would approach these young men and ask them if they had family or not. If they didn’t have family he would offer to hold their money and worthwhile items in a safe while they frequented the brothels and saloons. Well of course these guys took him up on his offer. The guys would go out, get super drunk and come back to claim their possessions and that’s when Billy would shoot them.

His building sat close to the Wishkah river and it’s rumored that he had a chute in the top floor where he would send the bodies swooshing down into the river upon killing them. This is, of course, after he took all of their money and anything worth while.

It wasn’t until 1910 that Gohl was found guilty on two counts of murder and sentenced to 20 years in prison. Now it’s said that he was thought to have killed more than 100 people (local townsfolk say this). He died in prison due to syphilis. They say it made him go insane. 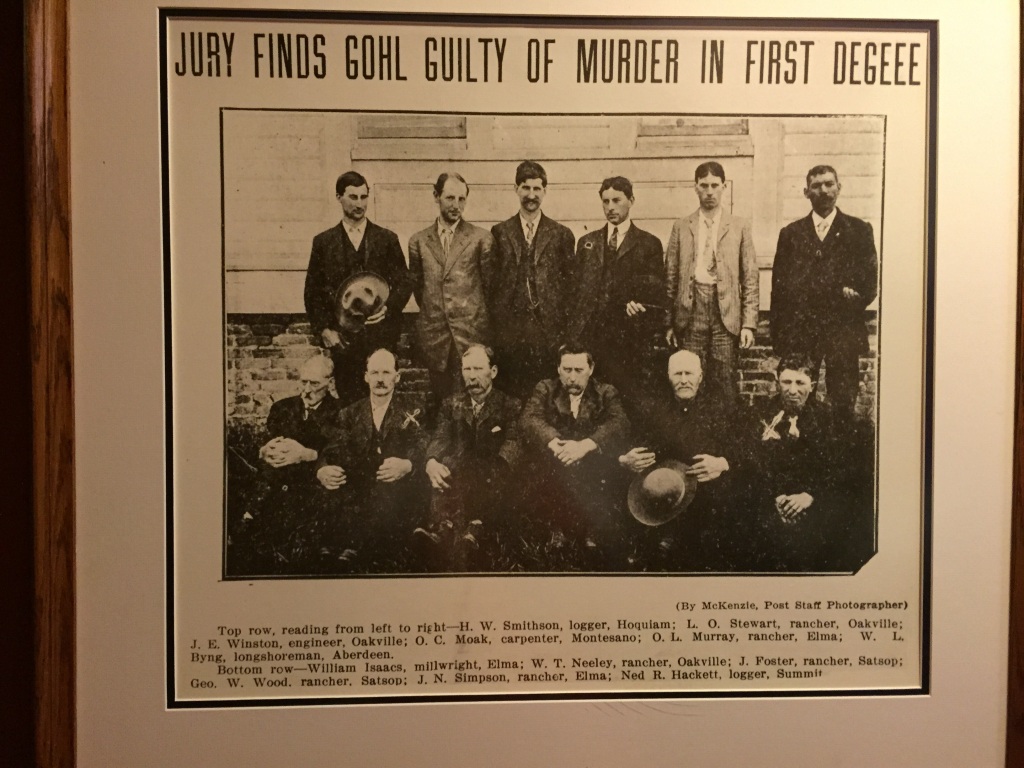 It’s truly a creepy story. It kind of reminds me of the musical “Sweeney Todd”. I always thought that play was really odd, creepy and dare I say it, completely neat! I don’t know if this makes me a weirdo but I definitely enjoy things out of the norm. 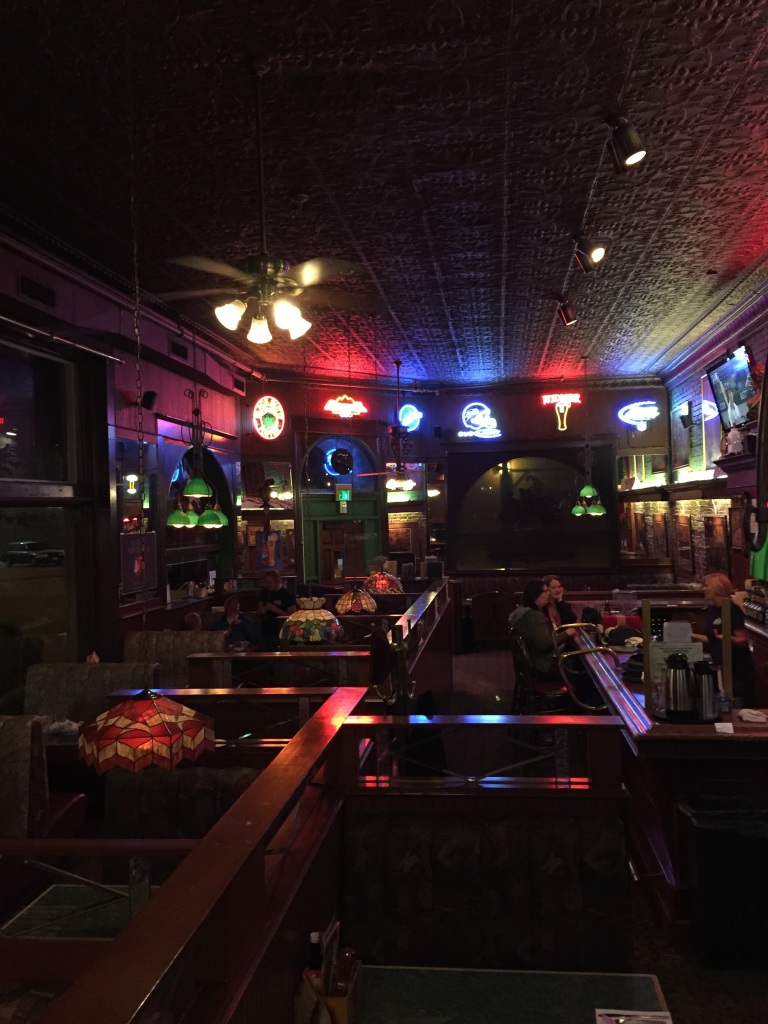 Even though the story is wild and kind of creepy, that didn’t stop this bunch from having a good time! This is my new favorite place. 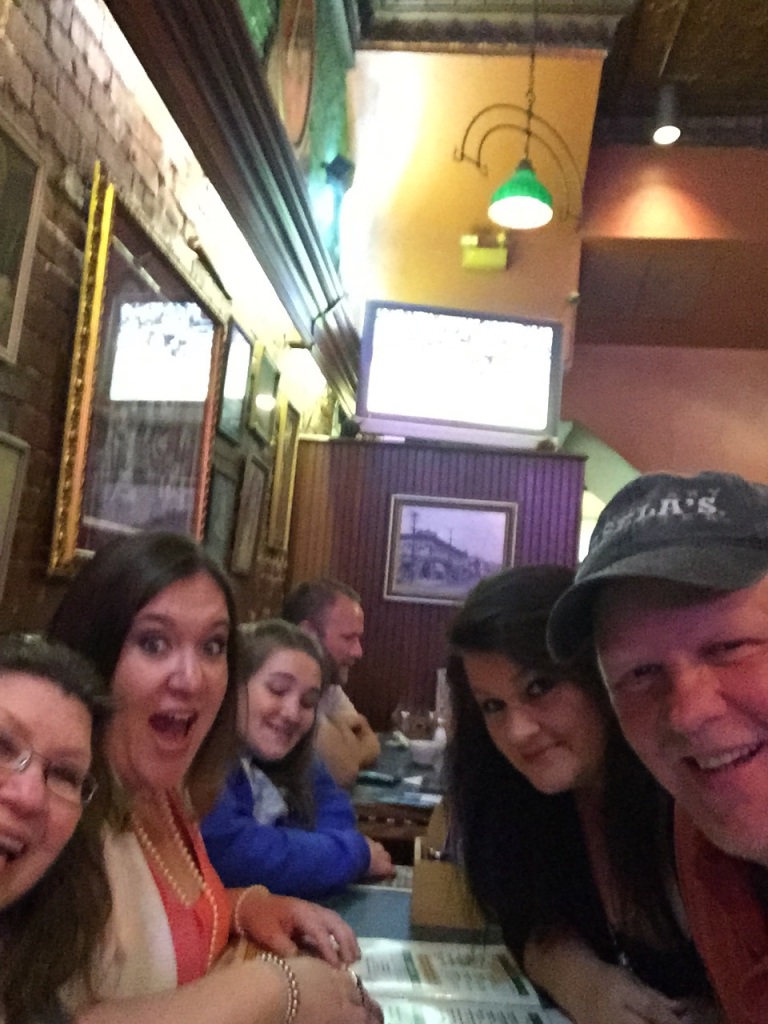