“People line up to receive. She got the power in her hand, to shock you like you won’t believe.” Electric Feel – MGMT

The most perfectly beautiful sight imaginable. Nothing compares to this.

Because of the recent flop at Yosemite we decided to make the most out of our mini trip and drive down to Big Sur, CA.

“Big Sur is located along Scenic Highway One approximately 150 miles south of San Francisco and 300 miles north of Los Angeles. Historically, the name Big Sur was derived from that unexplored and unmapped wilderness area which lays along the coast south of Monterey. It was simply called El Sur Grande, The Big South. Today, Big Sur refers to that 90-mile stretch of rugged and awesomely beautiful coastline between Carmel to the north of San Simeon (Hearst Castle) to the south. Highway One winds along its length and is flanked on one side by the majestic Santa Lucia Mountains and on the other by the rocky Pacific Coast.” – http://www.bigsurcalifornia.org

There are quite a bit of pull-offs on Hwy 1. The first place we stopped was in Carmel. You must understand that I have NEVER, in real-time/real life seen anything like this before. I have seen mountains, I have seen oceans, but I have never seen mountains/rocky cliffs and oceans together! It doesn’t seem like it would be a big deal, but when you’re standing there, at a very high peak looking down at crashing waves, it is definitely something to awe over. You start to understand how small and miniscule you are compared to the world and this nature that we’re inhabiting. I realized how powerful she is just by comparing my size to her. I felt very small standing there but had great admiration and wonder for her beauty. 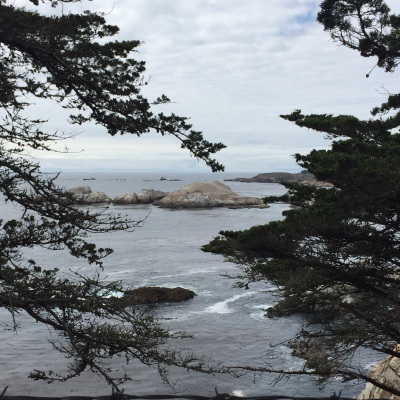 As the information above described, this hwy IS extremely curvy/windy. With the recent problem I had at Yosemite (see recent post https://1000leaguesbetween.com/2015/05/27/some-adventures-are-not-to-be/ for info) this had no comparison. It doesn’t really reach incredible heights, it only rises in elevation in little spots along the way and then descends right after. My fear comes from CONSTANT rising and being very high in the air with no guard rails and tiny two-way roads.

So as we’re driving we’re getting closer and closer to what I can only assume is something awesome. Why would they attract tourists to a place called, “Big Sur” if there was nothing there to see? I was so taken aback by what I saw that I can’t even describe it.

This is something you cannot describe. I had never seen this before. I live on flat land; the land of the pine. I live in a place that is absolutely beautiful but the, “awe” affect doesn’t really happen. (See https://1000leaguesbetween.com/2015/05/06/tic-marks/ post for a visual of my home) I would say that my jaw dropped because I had never seen anything like this and that is somewhat true, however the jaw drop is because plain and simple, it’s a jaw dropper for ANYONE from anywhere. 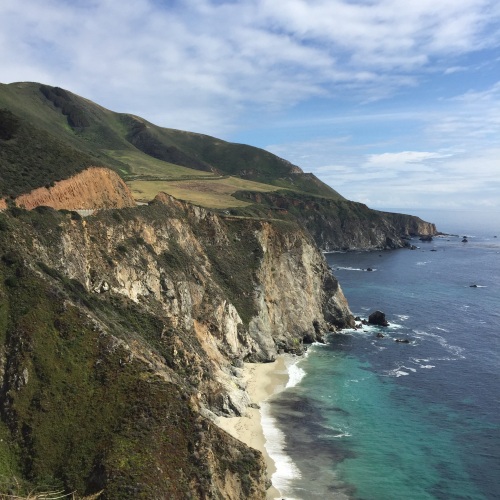 As we drove farther, the beauty just continued.

You start to see the beach area when you ride further along. 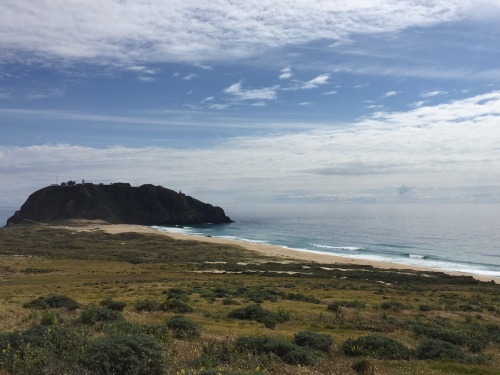 I know you all saw that pic of my parents and I earlier. I know you’re also probably picking on me because I used a “selfie stick” to take our picture with! LOL well it’s EXTREMELY efficient but apparently I’m not in the selfie stick business by myself. 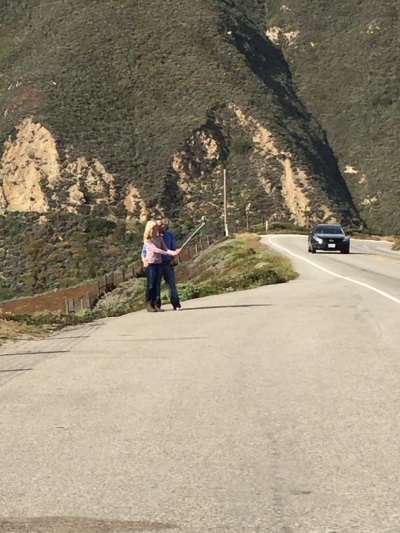 HAHAHAHA, it’s so funny to watch but very helpful! Haha, I can’t stop laughing from looking at them and then thinking about how we look doing it. LOL It doesn’t matter though. I would rather look silly and get great shots to share with all of you than be embarrassed and not do it at all. 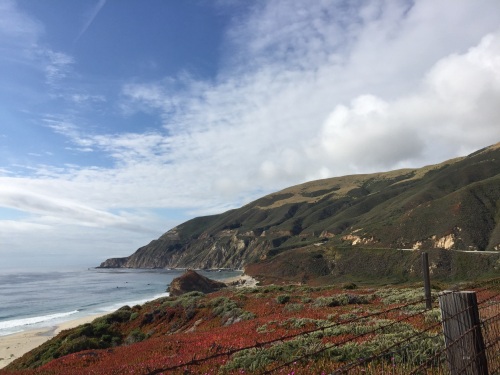 If you’re ever in California, PLEASE visit this place. It’s worth drive. 🙂

Has anyone been to Big Sur?