“Wake up to the sun, clouds always come undone. You give the light I need, like water to a seed.” Our Own House – Misterwives

Hello Sunny California…where have you been all my life? Each day that I’m here and am seeing new things, I think I fall in love with it more and more. This place is so amazing. It is exactly what I imagined; the sun shines all the time, the neighborhoods look exactly like I imagine and housing is SUPER expensive. Everyone has been so friendly. 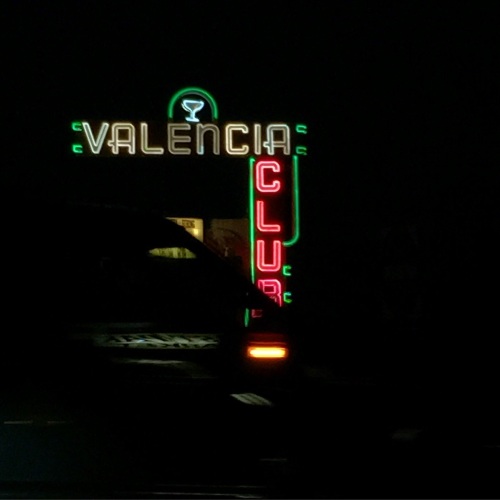 I drove by earlier this past Saturday afternoon and saw a slew of motorcylces parked in the front of what looked like a biker bar called, “Valencia Club”. All of the bikes were aligned perfectly with the next. Of course you know this peeked my curiosity! I have watched the entire series of, “Sons of Anarchy” so developed a deeper curiosity and interest in, “biker clubs”. I’ve always just thought of bikers being in California. For those of you who don’t know the show Sons of Anarchy, it is a show based around a motorcylce club called the, “Sons of Anarchy Motorcylce Club Redwood Original”. It’s a pretty violent show but it’s really interesting. I take most of it pretty loosly but know that some of it is real and that, perhaps motorcycle clubs might be somewhat like this.

So I mentioned the club to my cousin Glenda. She said that they have live bands, usually every weekend and that I should go check it out. She also mentioned that even though it’s not a biker bar, per se, the Hell’s Angels frequent the place and just recently had been there for a cookout. So imagine my surprise when….

I met a club member of the “Boozefighters” in the bar! Ha! You thought I was going to say I saw a Hell’s Angel didn’t you? Well, he was still a member of a motorcycle club, and not really a violent club either but I’m sure they mean business. His name was sewn into his vest and read, “Tigger”. His girlfriend was with him and her vest read, “Tigger’s Bounce”. He and she both were very nice and friendly. The music was loud for such a small place but people PACKED into it like sardines.

We left there and went to another place down the road called, “Leo’s”. This was your average sports bar. There’s nothing really to say about  that except that I met some intersting people.

The woman who took me out was Deanne. She is Glenda’s neighbor and is 77 years old! She’s seen here with some guy who perfectly photobombed this shot.

It was a good time and I’m glad I got to experience some of that!

What a quaint little place! Auburn itself is an Historic Landmark but the Old Town is absolutely the sweetest little place.

On Sundays they host a little antique festival of sorts with venders and food for the public.

There are still buildings here that are from the Gold Rush years, like the fire station and the Post Office.

Mom and I both purchased some really cute cooking aprons from a lovely vendor on the street.

They were made out of vintage pillow cases and absolutely unique. I’ll try and find her information and update it soon.

I also purchased a hand knitted doiley from another vendor just next door. She had a lot of different items but the doiley was so cute and precious I couldn’t pass it up.

Painted Pony is the name of her business and we talked about California and North Carolina for a bit.

It wasn’t long before we were doing some serious investigating!

There were so many neat things at each table that it was hard to just skip tables entirely. We found ourselve stopping at each one. Check out this old Edison table top phonograph (at least I think that’s what it is).  http://youtu.be/ZEJTyWgLrNk It seemed as though each vendor was offereing something completely different than the next.

I ended up purchasing only the apron and doily. I love stuff like that; Handmade goods. Plus, it reminds me of a time long since passed that it makes it almost necessary to preserve it’s memory by buying those items and keeping that nostalgia alive.

I tried to find gold in this guy’s pan, but all I found were pieces of rock and an empty wallet. He didn’t say much and that’s okay. I was tired and worn out anyway. 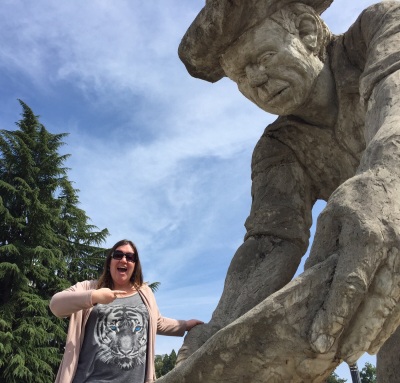 I have to say Old Town Auburn was pretty neat and I REALLY enjoyed the antique sales.

I had been talking about wanting to eat at an, “IN-N-OUT” fast food joint for a while. We don’t have these on the East Coast so naturally I wanted to try it! 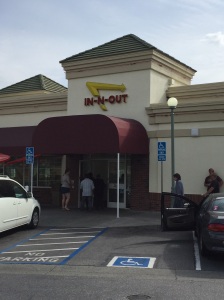 Imagine my surprise when I saw John 3:16 on the bottom of the cup. Too awesome! If we had one here I would absolutely give my money to this business (when I was treating myself to fast food). The food was good and I’m glad I can now say that I’ve eaten at an, IN-N-OUT. 🙂