“We’re looking for such different things, it is insane but we wouldn’t want to be the same.” Weightless – 311 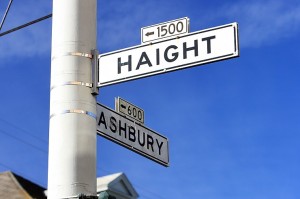 Now that it’s getting down to crunch time, my stomach is twisting around in knots and I’m absolutely about to jump out of my skin! I know it sounds really bad but the closer I get to the end of this semester, the sooner I want it to get here so I can be gone! I shouldn’t rush my life away and I really try to take each day at a time and be thankful but it’s really difficult to to do that when you’re getting ready to go to the West Coast for the first time! I really feel like I’m about to explode! We have exactly 3 weeks and 5 days until we take off so naturally I’m beginning my research of tourist destinations!

San Francisco is our first BIG hit when we get to California. Minus our arriving in Sacramento and driving to Penryn where my cousins live, our first tourist-y place to visit is, “The City by the Bay”. You know, I never knew San Francisco had so many nicknames! They include:

Though I have read of several sites that say locals do not like the nickname, “San Fran”. Haha I don’t know why this is but I suppose we’ll find out. I’ve looked into booking a guided tour by bus and those prices seem quite reasonable. It was around $24.99 for the bus tour that includes stops at: The Golden Gate Bridge, Haight Ashbury, Lombard Street and several other places. I’m also wanting to go to Marin Headlands which seems like a great place to a get an image.

In the midst of researching touristy places to visit, I tend to feel self conscious about actually being, “touristy”. Part of the reason why my adventures in the past have been so poorly documented was due mainly in part to the sheer embarrassment of looking like a, “Tourist”. I tried to blend in as much as I could but if you think about it, if you’re not from there, you stick out like a sore thumb anyway right? If you’re a tourist, it doesn’t take a camera to differentiate you from locals; looking around at every object and taking in the entirety of this new experience proves that you must be a tourist or either a completely strung out weirdo! A local doesn’t examine it’s surroundings with curiosity and wonderment because he/she lives it everyday and has seen it already. Our touristic tendencies come out in our body motions and facial expressions. That just made me think about how funny that visual really is when you imagine it. But I’m not going to let that stop me from really experiencing everything and having memories of it later. Plus, everyone takes pictures all the time now anyway right?

So here’s what I’d like to know: Are there any other recommendations for San Francisco that we should check out? What are some recommended restaurants? Is there a coffee shop or market that we absolutely must go to?

One thought on “The City by the Bay”