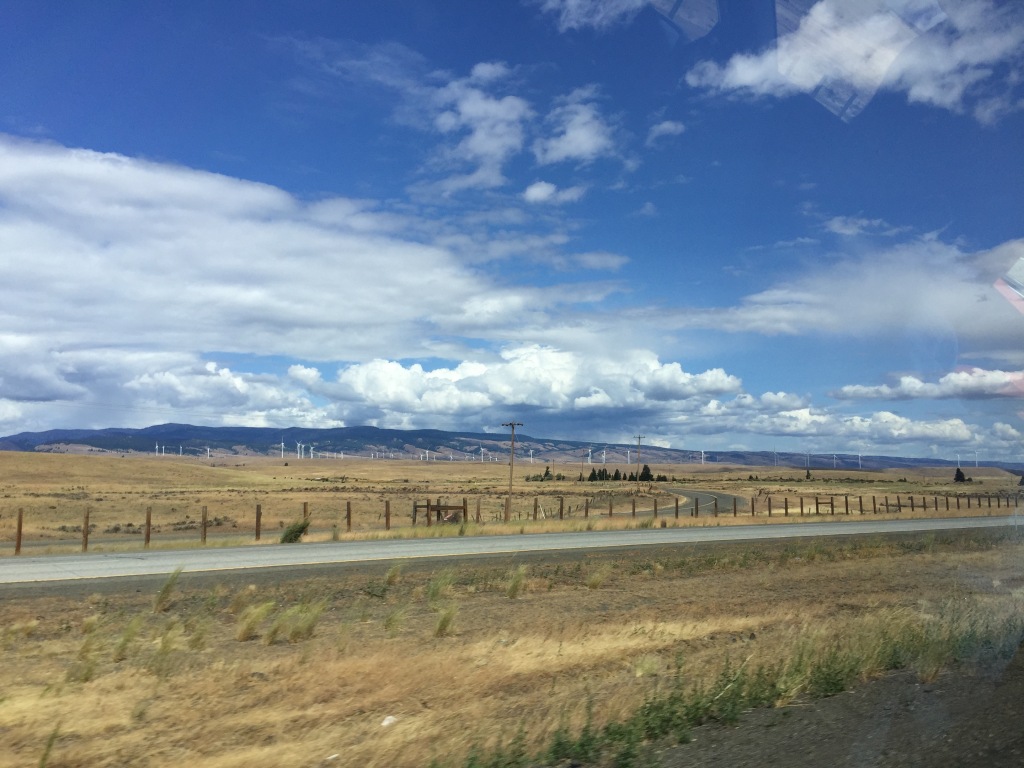 Nothing but open road, fields and mountains. When traveling, some people find that the ride itself is boring. Well that may be true if you’re on the same path over and over again, but a new one? No way. It’s one of the most enjoyable experiences for me. I love gazing out onto the that beautiful format of which has been given to us. The sky feels so open on the western part of the U.S. Everywhere you go out there reminds you of a movie about the “old west”. It brings back memories of watching films about pioneering, hardships and freedom. Then I start to think about how people lived in the 1800’s and how they struggled to maintain land. Coincidently I also think about how we took away the land of Native Americans.

Either way, the open road is beautiful. 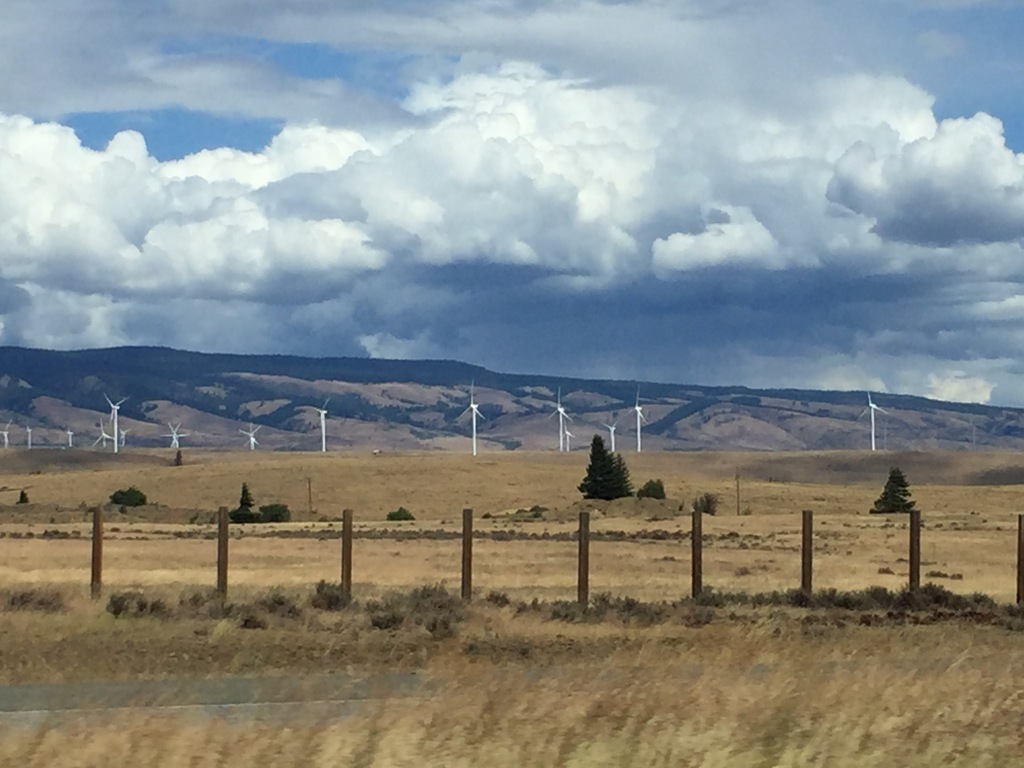 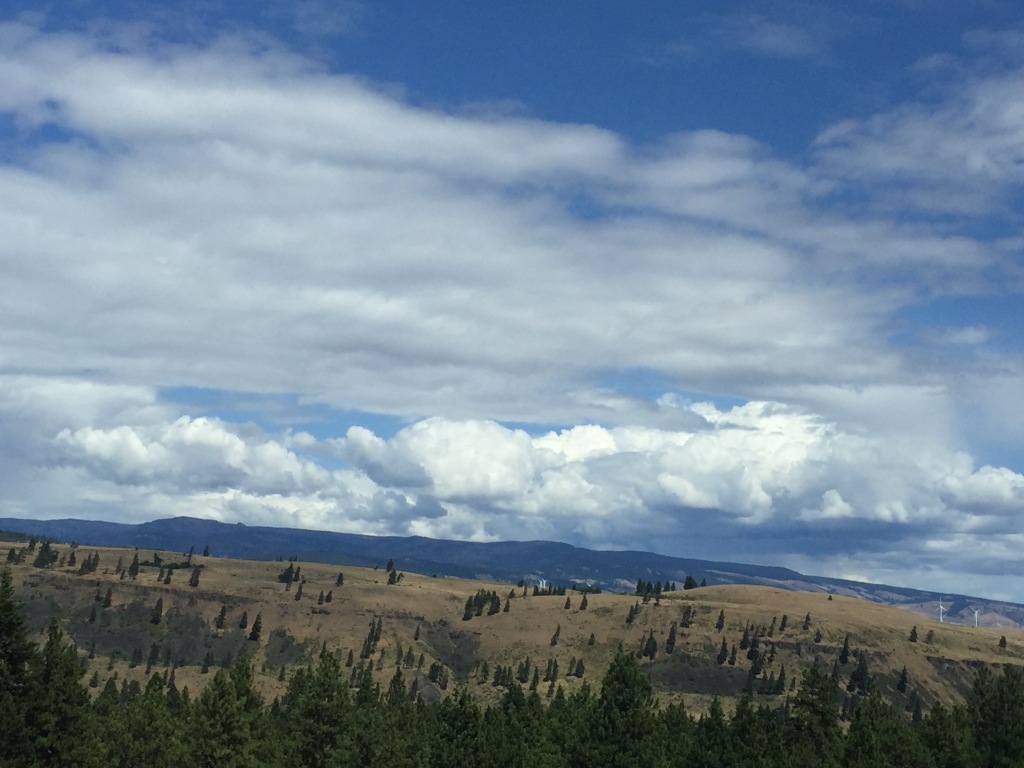 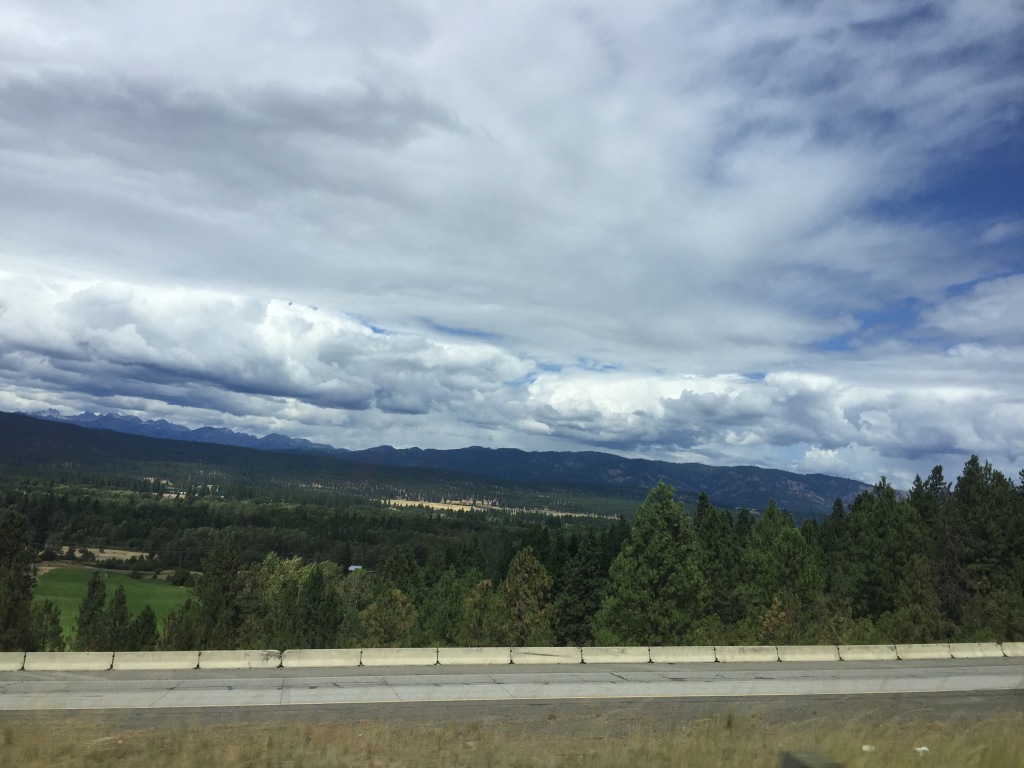 As funny as this may sound, I have never seen a dust devil. I’m not even sure if what this is a “dust devil”. 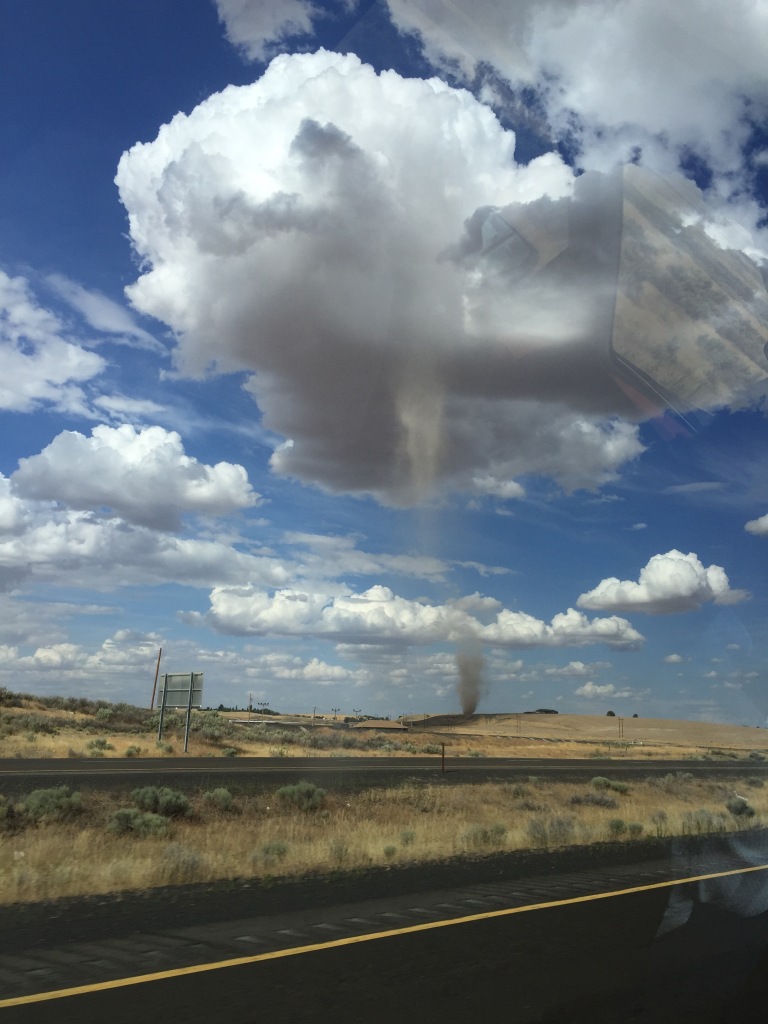 It’s too light for a tornado so maybe it was either a dust devil, or a landspout. I would be interested to know if anyone has an answer. It was SO neat. I’m always fascinated by the uncontrolled mother nature. 😀 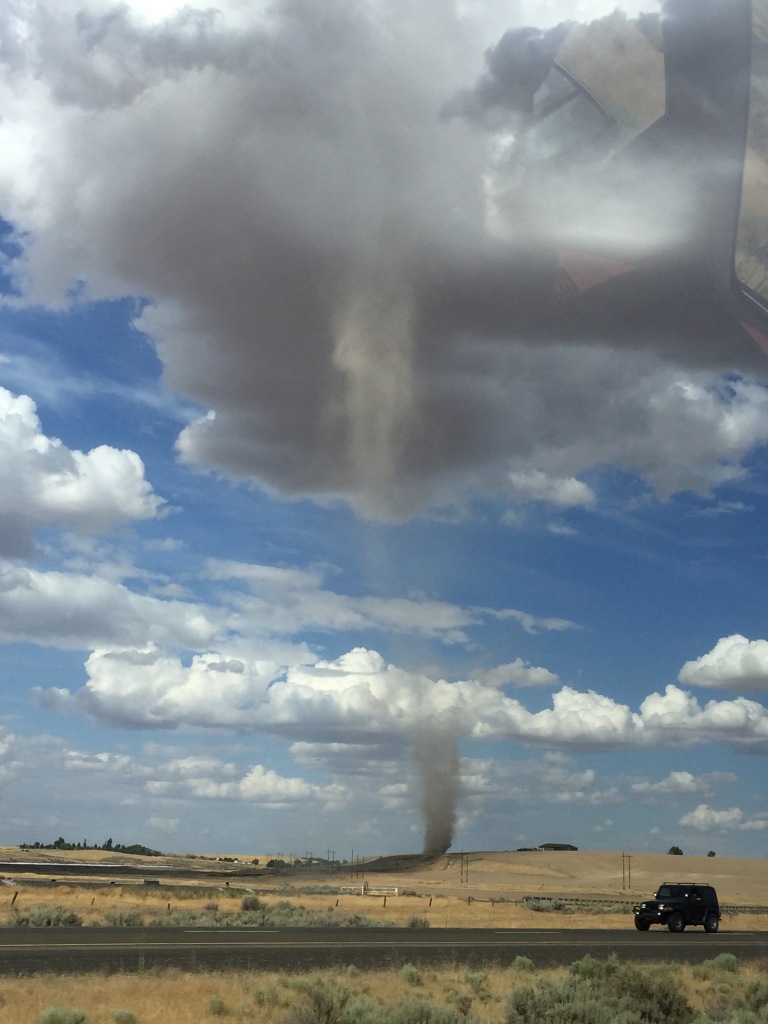 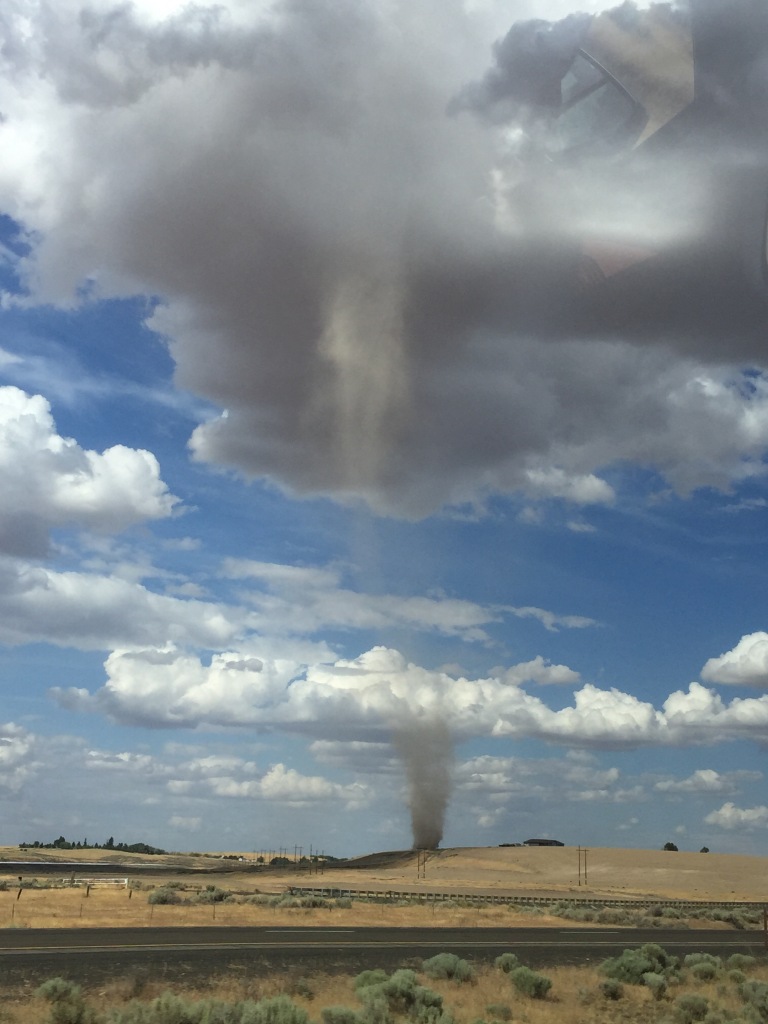 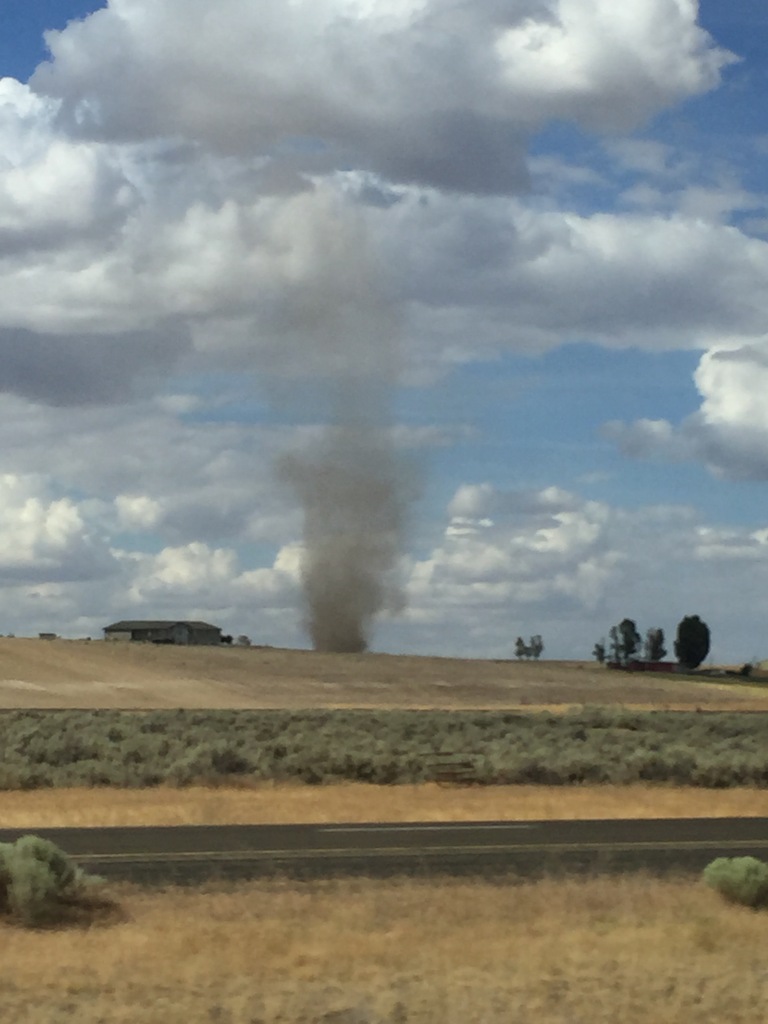 We were going to stay in Spokane but we decided to continue on into Idaho. We landed in Post Falls.

I think the curiosity for me and Miriam was kind of peaked at this point because we were starting our journey. Idaho to us might as well have been Timbuktu. Our eyes were wide as we looked around at what appeared to be a small town.

We settled into a hotel and as soon as we were settled, we went out in search of FOOD and found Capone’s 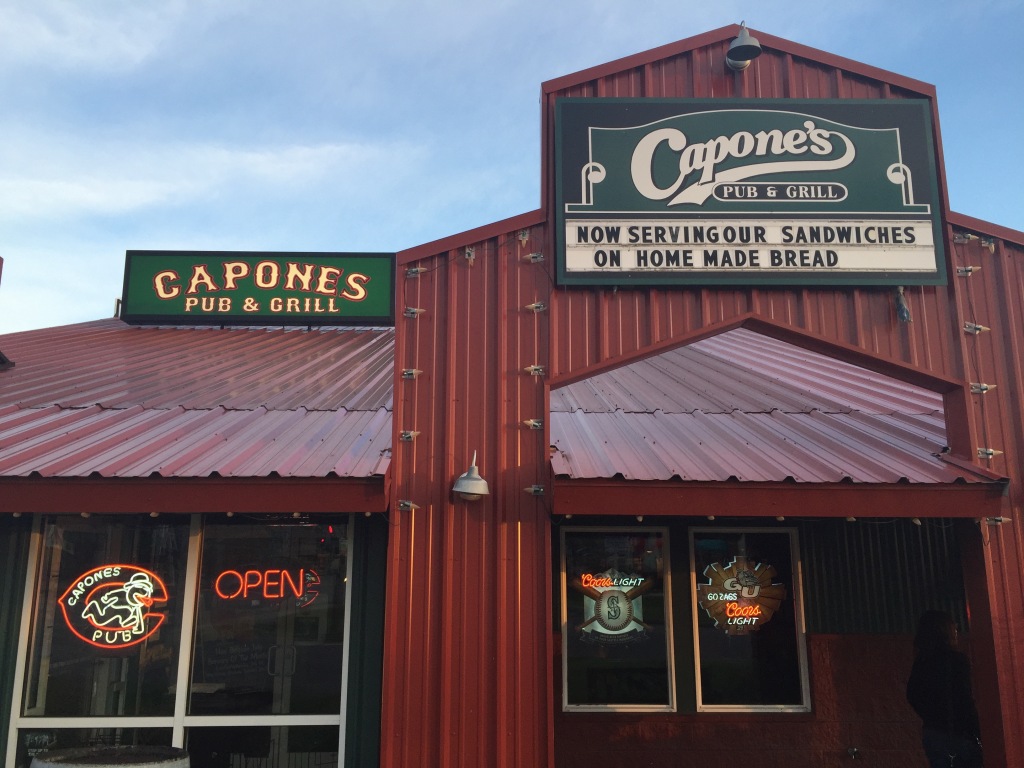 It wasn’t bad at all. The atmosphere was okay. Kind of reminded me of something you’d see in a Boston Pub. 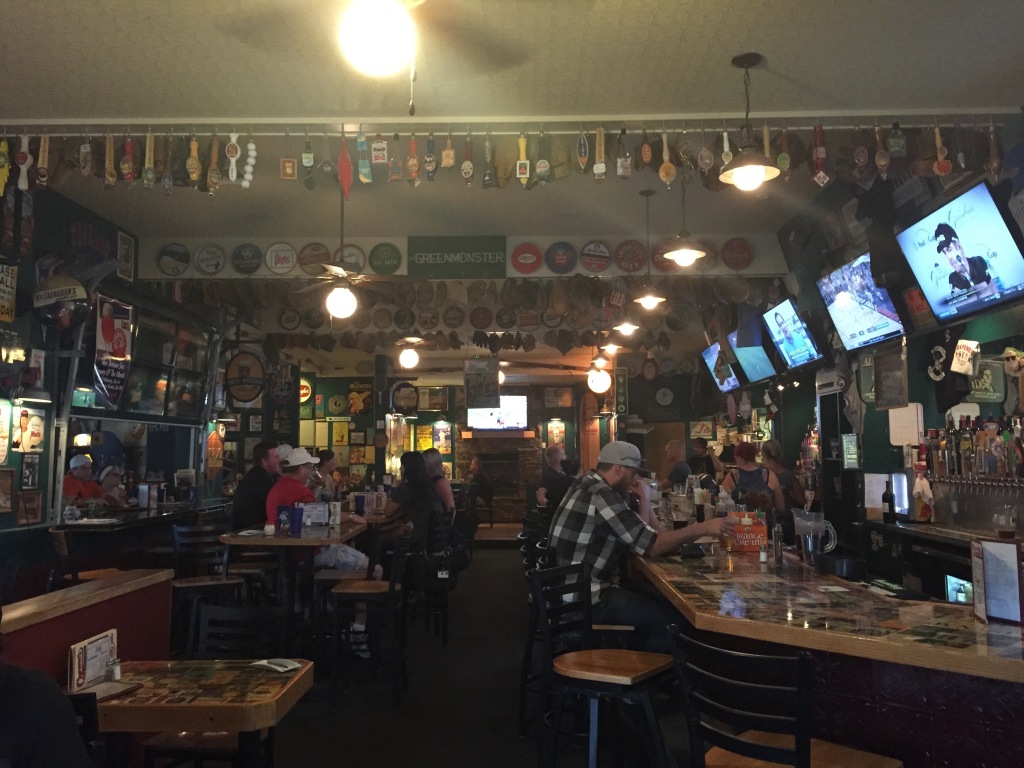 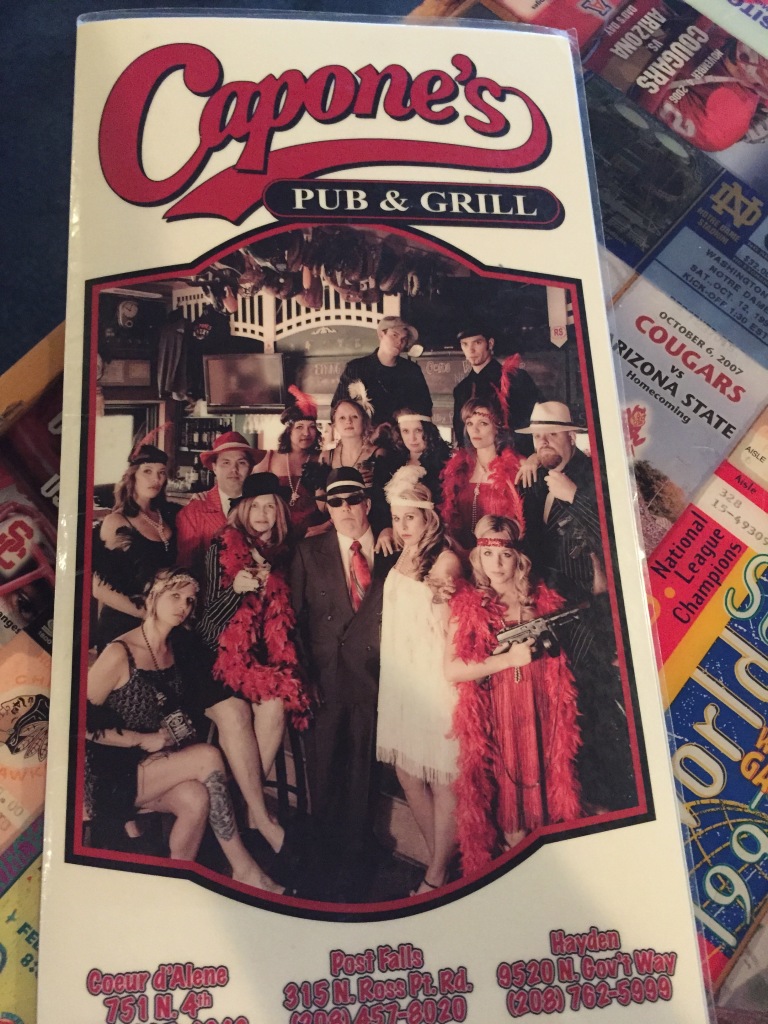 …and also felt like a hoarder lived there. LOL Some people like that sort of thing. To each his own. 🙂 We ordered the Thai Curry wings – I don’t know why – and they ended up tasting quite odd. Other than that it was pretty decent. Not bad food. Probably wouldn’t be my go-to if I visited there again.

We weren’t upset about anything. This was a new experience and even if the food was garbage I think we would have still found pleasure in the fact that we were in a different and new place. We were exploring and enjoying the experience. But for me, this was merely a rest stop for the big adventure to come: MONTANA 😀